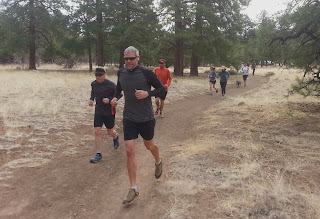 Though I often hesitate to call this run due to the usual unrelenting winds and heat, and that Rhiannon always begged me to leave it off the calendar, not to mention the heart pounding uphill run on what is basically beach sand, we resurrected the Sandy Seep run. 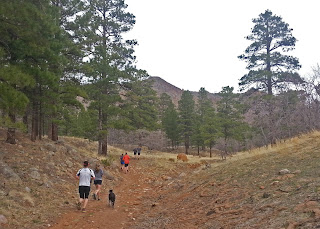 Thankfully, the March winds were absent as was the usual searing sun. The gray overcast saturated Mount Elden's highly eroded landscape. As I was sharing my vivid thoughts with the group, some asked what I had put in my cereal. Well folks, it was simply yogurt, granola, and a vanilla gel shot. Something was in the air and runners were particularly chatty. 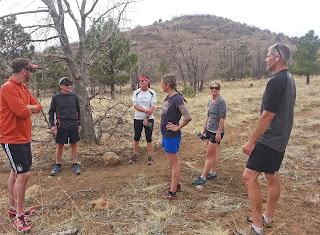 We spent more time on breaks discussing our favorite "Easter" movies than we spent running! Quite a few History of the World and Life of Brian references were made. The return run was fast and furious with few speaking words on the steep downhill. What a day! 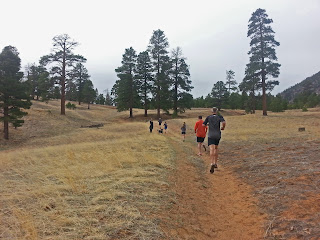