No Yetis or rogue pandas on a blustery Saturday morning at Campbell Mesa. The above video was taken last December - remember winter?

Today, 17 runners, Tony on his bike, and more newbies than ever ran in what felt more like spring than the end of February! Bret was right on about running the loop counter clockwise. The tail wind may be in part to explain for the early blistering pace. However when Team USA Arizona runners led by Brett Gotcher blew by us, they created a head wind that dropped many of us dead in our tracks. Back at the parking lot, I did not understand why I was the only one who could see a shiny white full moon at 10:15 AM.

We made our first visit to the Seasoned Kitchen in a while, and Tony warmed everyone up with his gourmet lates! While it was a great run, many of us still longed for winter to show up!

Later in the day, John, Diana, Jen, and Neil represented NATRA at the Big Brothers Big Sisters of Flagstaff Bowl For Kid's Sake fundraiser. It was probably the exhausting runs earlier in the day that prevented any of them from breaking the 100 barrier - but we sure had fun trying to do so! 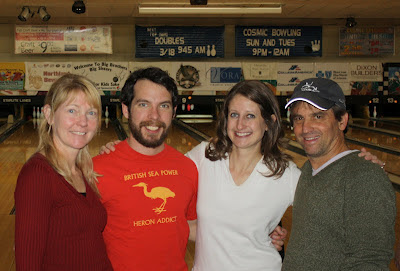 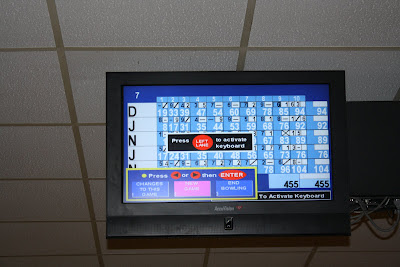 Well, we all shared a lane and collectively broke 100 proving once again that the sum of us was greater than our parts!
Posted by NATRA blog at 12:37 PM No comments:

Companion to A Run Down Memory Lane


June 12, 1982 Springsteen and Jackson Brown at the Rally for Disarmament in Central Park. Rolling Stone article.

Egypt or Central Park: Where Does an Ancient Obelisk Belong?

A Hiking Guide for the Central Park Reservoir.

Why Did Tavern Fail?"
Posted by NATRA blog at 5:47 AM No comments: