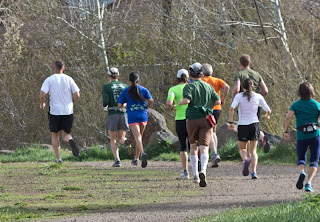 
A baker's dozen turned out for the urban trail/loop run with summer running plans on many minds. Overcast skies gave way to the sun but not before the NATRA runners were already in the forest on the loop trail recently documented by Randy Wilson in The AZ Daily Sun. 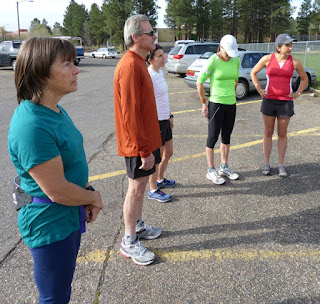 The gang introduces themselves. 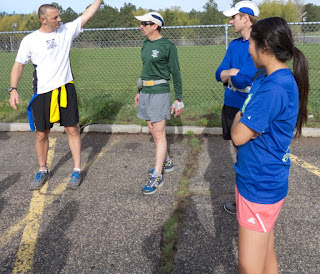 NATRA soon turned to NATSA as many runners were veering off trail to go about their business. Not only do we run for ourselves but we fertilize when nature calls... 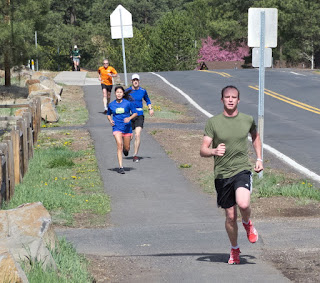 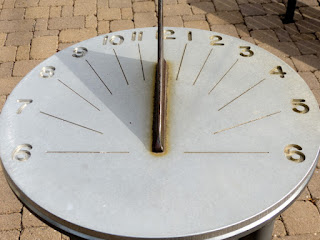 Sundial along FUTS - the time is correct! (David Blanchard photo) 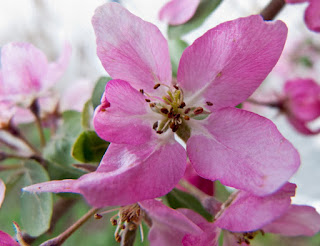 a vote was called and we decided to support one of our sponsors and head to the Pay n Take where Jacqui re-fueled the group with refreshments, smiles, and laughter for all. (Thanks to Steve Rhode for the post and David Blanchard for the photos!) 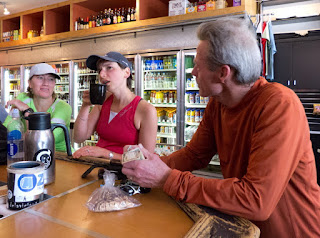